How to install mods in Skyrim

Hello, today we will learn how to install mods in the game The EllDer Scrolls – Skyrim.

What is a mod

Mod is an abbreviated version of the word “modification” meaning any addition or change in a computer game, new weapons, armor, or replacing the standard color of the building, all this is called a mod or modification, and, as a rule, is created by the developers or fantasy of one or another games.

Fashion can significantly expand the capabilities of the game, adding both new elements of gapla and minor changes in the graphics, as a result of which the game continues to be popular even after a few years.

How mods are created.

Modes are created using specialized programs and utilities that the developers of the game are released or not released, as a rule, programs for creating modifications are more likely to go out for role -playing games than for other linear entertainment in the action genre, this happens largely due to the openness of the game universe.

With all this, developers do not often create separate editors to create modifications, they simply prepare those programs – which they used – for the total mass of fans.

It happens so when the game project is not at all supported by developers in terms of modifications, in this case, the craftsmen -programmers whose programs liked this or that game, usually create their own applications – for editing and opening game resources.

Installation of Skyrim Fashion for the game.

Since each computer game is unique in its own way, the process of creating additions is always different, in one game the base with textures is sealed in the expansion of Bin, in another in ISO, and T.D, but in the case of the famous game The EllDER Scrolls: Skyrim and all the TES series games – released by Bethesda, the databases are stored in the same BSA extensions that are easily unpacked using the corresponding utility.

To create any modification for the games of The Ellder Scrolls series, we always change some file from a packed database in extension .BSA, therefore, to install the mod in the Skyrim game, we just need to place downloaded mod folders in this packed archive – but it is very tedious and for a long time.

That is why the developers placed the Data folder in the root directory of Skyrim, from which all modifications or game additions are loaded by default!

To install the mod, we just need to – throw off the entire contents of the archive downloaded from the Internet – into the DATA folder, while the folders with the name are Mesh, Sound, Textures, and T.D will contain files with modification, or addition.

After throwing all the files with a mod in Data, we need to start Skyrimlauncher.exe and in the menu with the inscription “Files” put a box on the inscription with a mod click on the “OK” button, with this action we will say Skyrim that we want the mod to start in the game.

Step -by -step instruction – Installation of mod from the Internet.

First of all you need to download a mod from the Internet.

Next, open an archive of downloaded addition.

Open DATA folder in the directory with the installed game.

Launch Skyrimlauncher.exe and in the “files” menu, mark the download of mod, start the game.

If in the archive with the mod there are additional files not in the DATA folder, then they should be thrown out simply in the root folder with the game where Tesv is located.EXE

If you have a licensed version of the Skyrim game, or just want to delete the installed modifications without unnecessary worries, you can install mods through a special Workshop service designed specifically to accommodate fan modifications and their free loading.

First you need to run the Steam program.

Go to the library section, select Skyrim game and press the button with the inscription > View the workshop.

Sub -subscribing to the addition through Workshop, the mod will automatically boot and set up in the game after the subsequent launch of the game Skyrim!

After the subscription, you just need to start the game and wait for the mod loading process, then in Skyrimlauncher.exe, select the necessary mod and run the game.

If you want to remove the addition, then for this it will be enough for you to click on the Skyrimlauncher menu.Exe by the Deleted Selected button, we will pre -select the desired modification for deleting.

Now you know how to install mods for games of all episodes of The Ellde Scrolls Skyrim! I wish you all the best happily!

What to wear pants-arcs with

What to wear with a cardigan 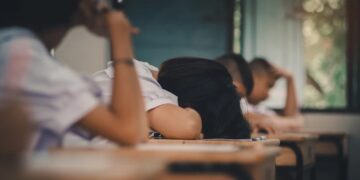 How to behave when detained 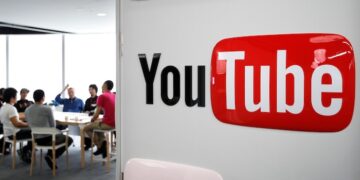 How to use all the functionality of the YouTube service

With what to wear a coral skirt

What to wear a white coat with

What to wear with a cardigan